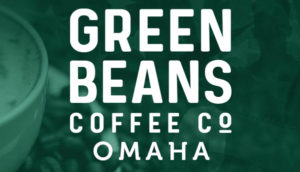 About the Company:
Green Beans Coffee Company got its start by offering some of the comforts of home to the men and women of the U.S. Military, deployed at bases overseas and in areas of conflict. Firmly rooted, non-negotiable, and the foundation of our operating philosophy is a heritage of supporting those who put their lives at stake for our country.

At Green Beans Coffee, we believe that community is cultivated over a cup of extraordinary coffee or tea, as it has been for generations all over the world. We honor our brave men/women in uniform by donating a percentage of our sales to organizations that support the families and children of the fallen.

In response to customer requests, Green Beans Coffee is now expanding its footprint in U.S. markets and around the world by offering its super premium coffee products, freshly baked goods, and healthy meal options in airports, metropolitan cities, and suburban communities. Our cafés offer a casual and comfortable place where our customers can enjoy premium espresso-based coffee beverages and fresh-baked treats, while relaxing and listening to music.

Founded:
Green Beans Coffee Company was founded in 1996 by Jason and Jon Araghi, two Americans living in Riyadh, Saudi Arabia, who saw an opportunity to introduce gourmet coffee in the country, and to fill the void in an underserved market.

Jason would frequently return to the Kingdom after holidays with a suitcase half full of coffee beans, since there were no gourmet coffee outlets in the market. He soon learned that most expats were doing the same thing. Through a network of contacts in the US, Jason and his brother, Jon, started to import, package, and sell coffee beans at local bazaars and supermarkets under the Green Beans brand.

Working with Jon, who had a zest for the coffee business, Jason set to work on a plan to open a new café in a high-end furniture showroom called Art Nouveau. Jason developed strategies for building the business, while Jon consulted on the vision and design of a Seattle-style coffeehouse that would work in the Saudi marketplace.

Upon opening the café in 1997, U.S. military personnel from a nearby base became regular customers. In fact, so many high-ranking officers frequented Art Nouveau Café that Jason began conversations with the military to open a store on the base at Eskan Village so that troops didn’t have to drive 45 minutes for a good cup of coffee. The base leaders agreed, and within six months, Jason and Jon opened the first Green Beans Café at Eskan Village, in Al-Kharj Kingdom of Saudi Arabia.

Military leaders requested that Jason and Jon come up with a way to get their super premium coffee beverages to troops in high-risk areas.  Over the next couple of years, three more cafés would open at Prince Sultan Air Base, where the “little coffee shop in a container” was born. Just a few months after 9/11, Green Beans is the first U.S. food company to deploy with troops, in support of Operation Enduring Freedom, with new locations in Uzbekistan, Kyrgyzstan, and eventually across Afghanistan, Iraq, and adjacent friendly nations.

Here in the US, Green Beans cafés offer the same super premium coffees and quality teas that Troops have grown to appreciate overseas, and of course, the “15 minutes of tranquility” that the brand has always offered to those deployed abroad.